Cycles are more expensive than cars 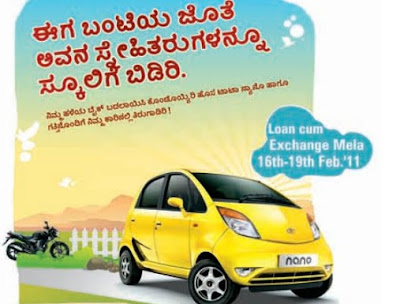 Vehicle manufacturers employ all tricks to make us feel inadequate without cars and motorcycles. Naturally cars and motor cycles are in the top of shopping list. It is seen as a symbol of success. They’re cut­ting down trees, bring­ing down build­ings in an effort to build wider roads. They are throwing our farmers out of farmland for the sake of building car factories. Most of the incentives provided to Mr Tata of Nano car and Mr Kheny of NICE road will be well hidden. Their persuasion like in above advertisement makes us feel it is right thing to drop friends of Bunty to school along with him and for that we have to replace motorcycle by car. Our plan­ners will never real­ize that all these measures will never solve mobility cri­sis.


is a famous university town in . Recently it was in news for outrageous fines targeting cyclists - USD 220 [ INR 10000 in Indian money] to the students locking their bicycles to a railing instead of a bicycle rack. Adding insult to injury, motorists who park illegally on campus are given a $46 ticket - yet bicyclists who lock their bikes up “illegally” are fined $220. Bike racks are reportedly often full, so locking up to a railing seems perfectly reasonable. But locking cycles to railings are five times more expensive than illegal car parking. 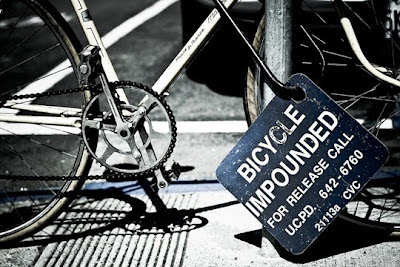 Same attitude exhibited in too. Customs and Excise duties are like twin brothers. The things imported and levied custom duties and one produced locally are taxed under excise before leaving factory premises.

Traveling by the lonely road is always hazardous and stupid people like me never learn.

Our government in that impose about Rs 10000 as Excise duty on a Nano car, made me pay paltry [?] Rs 68000 [yes, that is about USD 1500] as Customs duties. I had approached the grievance redressal mechanism of Central government Finance Department. Finally Delhi government decided that the duty imposed is fair though it is more than what is imposed on six Tata nano cars. 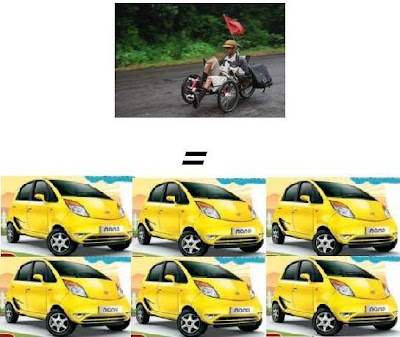 We have to obey law of land and pay customs duty. But the unexpected thrashing I suffered was CVDs. Countervailing duties (CVDs) are duties imposed under WTO Rules to neutralize the negative effects of export subsidies. The CVD also known as anti dumping duty is levied to protect local manufacture and it is payable equal to excise duty payable on like articles if produced in . The customs officers routinely exceed their brief arbitrarily imposing CVD on all imports. Recumbent trike, Motorized hubs and Lithium Ion batteries are all not manufactured in . I paid INR 24000 as CVD on goods that is not manufactured in which I hope to get back some day. 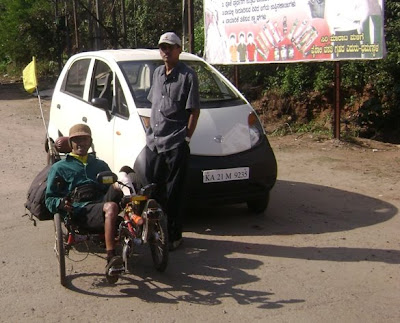 Cycle and tricycle being symbol of independence should have got more importance, both from society and government. Unfortunately the taxes and penalties on these environmental friendly mobility are extremely high. We are made to pay very heavy price for our principles.

Posted by Govinda Nelyaru at 5:56 PM