Saturday afternoon I got hint from consumer activist friend Sundar Rao that a meeting organized in kasargod next day on Endosulphon and noted activist Vandana Shiva is coming. She is real inspiring personality who has contributed a lot for sustainable society. It got me excited as there is little chance of seeing her speaking otherwise and I decided to go. Normally I don’t attend these meetings as hearing impairment means I understand little about the proceedings. 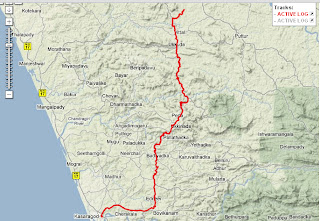 I left home just around daybreak time @ 6 AM. Had first glimpse of rising Suryadeva while riding in a place called padubagilu – meaning western gate in kannada. Previous day itself I had called Narayana Murthy enquiring about the state of roads across the border from his place, in Kerala state. It was in poor condition when I was in that area earlier and in such conditions efficient pedaling is simply impossible. Tires gripping the road and my legs holding pedals – both should be very firm. Otherwise lot of energy is lost and takes fun out of cycling.


Had delicious breakfast plus some charge for my batteries at Murthy’s place while passing by. Murthy had reported the roads are tolerably good and have been recently repaired. Still I was uncertain till I reached there. Luckily the roads was in good condition and after pedaling 54 kms I reached Kasargod in 2.5 hours riding time. There was numerous hills to climb but my eZee assist considerably flattened all those hills. Hills were expected as I was travelling  from  North to South and the rivers  flowing from East to West. 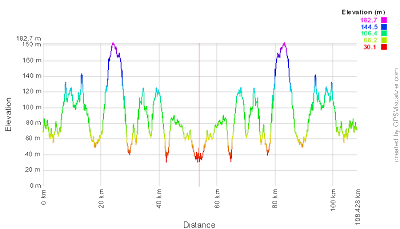 Dr Vandana Shiva spoke well in simple English. Line by line it was translated to Malayalam and that created some problem for me. My grasping procedure is bit complicated – it hears, then process it and only then it understands. During this delay, hearing Malayalam words confuses the whole process. Anyway I was happy hearing this great lady speaks. Rest of morning it was brave words spoken by politicians in Malayalam which I could not understand much.
Afternoon session started with slide presentation by Dr Ravindranath Shanubhogue. He lucidly explained the havoc created and probable paths in front of us. One point he said put me in shock. The yearly production now is 14000 tons but there is a accumulated stock of 75000 tons in . What we are going to do with that ? We cannot simply wish it away. Chilling visuals the compares with effect of nuclear radiation spill comes to my mind.

There is a narrow bridge in Panemangalore pictured above and was built in 1914 which was used till recent past. Two heavy vehicles cannot cross each other on the bridge and one that have not crossed the midpoint had to go back. Looking at the big vehicles that have already entered the bridge, what most heavy vehicle drivers coming from other end used to do was accelerate so that they can reach midpoint early. So there will be roadblock for about half an hour and the culprit was never apologetic. Like these wayward drivers, our companies are stockpiling endosulphon being certain that government will come to their rescue.


While riding to kasargod, these similarities came to my mind. We do not need pesticides for organic farming nor petrol for our daily personal transportation. Both happens because of mental blocks or intellectual slavery that we are suffering now. I wanted to visit this meeting and decided to pedal. I feel this is more positive approach than buying petrol or gas and driving all the way.


I wanted to hear three people scheduled to speak that afternoon – one journalist and two doctors who played pivotal role in bringing this tragedy caused by Endosulphon to light. Mr Shree Padre, Dr Mohankumar and  Dr Shreepathy was expected to speak later but it was getting late for me to leave as I wanted to reach home by nightfall. Raining later in evening is not unusual and so I left at 3.30 PM. Had a leisurely 2.5 hours ride back to home.
Posted by Govinda Nelyaru at 3:43 PM

Dear Guru Govind
I appreciate your comparing Panemangalore Bridge man made traffic crisis to Endosulfan piling up in India.
It is good to attend an organic farmer's meeting without using Fossil power sold by multinationals.

I wish you best of luck.
Kesari pejathaya