I am more concerned now about habitat destruction than ever before. People are bit aware of worsening of energy situation but totally unconcerned about disappearing flora and fauna. 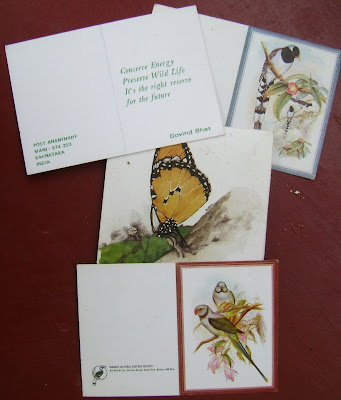 The economic case for global action to stop the destruction of the natural world is even more powerful than the argument for tackling climate change says a major report for the United Nations. The UN's biodiversity report contends that the value of saving "natural goods and services", such as pollination, medicines, fertile soils, clean air and water, will be even higher – between 10 and 100 times the cost of saving the habitats and species which provide them.

"We need a sea-change in human thinking and attitudes towards nature: not as something to be vanquished, conquered, but rather something to be cherished and lived within," said the report's author, the economist Pavan Sukhdev. The changes will involve a wholesale revolution in the way humans do business, consume, and think about their lives.

The report follows a series of recent studies showing that the world is in the grip of a mass extinction event as pollution, climate change, development and hunting destroys habitats of all types, from rainforests and wetlands to coastal mangroves.

We are increasingly depending on long distance transport for our daily food. For comparison sake, I have generalized the average transport distance involved.

People in towns and cities get

Almost all involve considerable energy usage and wastage. 80 % of these can be locally harnessed if we make effort and prepared to adapt to circumstances.

Bicycles and Public transport can meet most of our travel needs at much lower cost, in terms of money and pollution both at personal level and to the society.

"Speed is irrelevant if you're traveling in the wrong direction."
--- Gandhi

It is time to think it over as we do not have Planet B to go.

This is the intro for the booklet I hope to distribute during my proposed trike trip. This is just rough copy for indication purpose.

Posted by Govinda Nelyaru at 8:15 PM